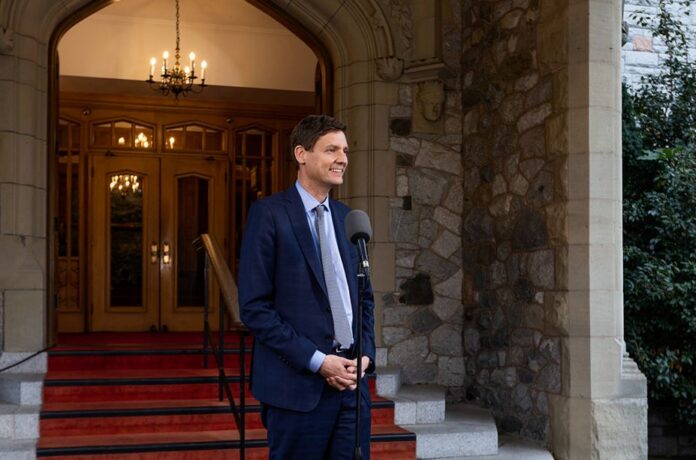 Vancouver, December 7: British Columbia Premier David Eby will appoint a new cabinet today in a move pundits are saying will be a blend of old and new faces, and could also start the countdown toward an early election.

Lt.-Gov. Janet Austin is scheduled to swear in Eby’s cabinet during a ceremony at Government House in Victoria.

David Black, a political communications expert at Victoria’s Royal Roads University, says he expects Eby to keep seasoned veterans like Adrian Dix and Mike Farnworth at the ministries of health and solicitor general, but will look for new recruits as attorney general and in the energy and housing ministries.

Black also says with B.C.’s budget coffers boasting a projected surplus nearing $6 billion this year, but with an expected economic slowdown, the timing may be right for a fall 2023 election rather than the scheduled 2024 vote.

Retired New Democrat Maurine Karagianis, who served for a dozen years in the B.C. legislature, says she’s looking for Eby to appoint some younger people to cabinet who share the premier’s burning energy to take on big challenges.