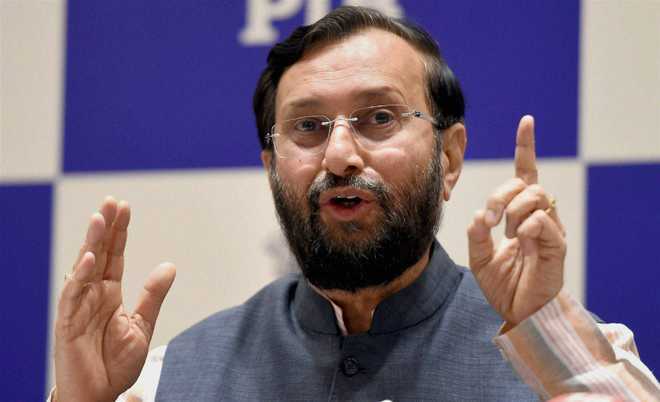 India could provide the platform wherein all the best practices in environmental management in BRICS countries could be showcased, Environment Minister Prakash Javadekar said on Thursday.

Javadekar was speaking at the Sixth BRICS Environment Ministers’ meeting that called for joint efforts to improve the environment and promote the circular economy.

Javadekar also elaborated on the efforts made by India in areas relating to sustainable urban management, tackling marine litter, air pollution and the cleaning of rivers, according to a statement released on Friday.

Javadekar said the aspiration of BRICS countries are similar and called for the sharing of best practices among the BRICS nation towards the attainment of Sustainable Development Goals.

He also stressed upon the need to implement the various initiatives under the BRICS and for the speedy implementation of the BRICS MoU. He said that India could provide the platform wherein all the best practices in environmental management in BRICS countries could be showcased, the official statement added.

Javadekar elaborated on the efforts made by India in areas relating to sustainable urban management, tackling marine litter, air pollution and the cleaning of rivers.

He said that India believes that Equity, Common but differentiated responsibilities, finance and technology partnerships are key pillars towards the attainment of global goals of climate change mitigation and adaptation and India is walking the talk on Paris Agreement and its Climate commitments.

Highlighting the efforts made by India in controlling Air pollution, Javadekar said that in 2015 India launched the Air Quality index monitoring in 10 cities, which has now been extended to 122 cities.

He also said that India, in 2019, launched the National Clean Air Programme (NCAP), the goal of which is to reduce particulate pollution by 20-30 per cent relative to 2017 levels by 2024.

During the meeting, the need for all the BRICS nations to work as a group for the post-2020 Biodiversity framework was also emphasised.

The meeting was preceded by the BRICS Working Group meeting.

India will assume the BRICS Presidency in 2021.

Javadekar extended an invitation to the BRICS nations to participate in the BRICS environment meetings.

It was welcomed by all countries, as an action-oriented and progressive statement which shows BRICS countries eagerness to both works mutually and fruitfully.