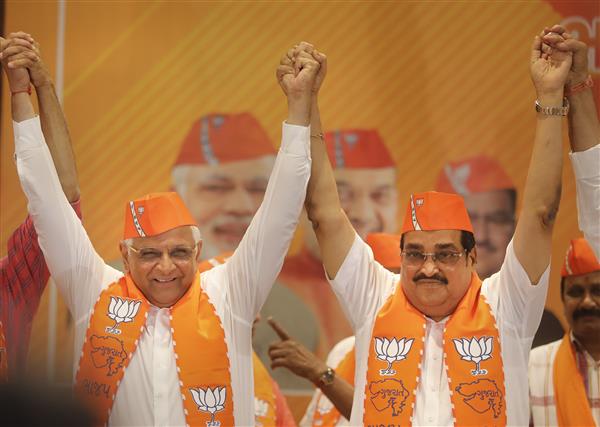 The newly elected BJP MLAs in Gujarat on Saturday chose Bhupendra Patel as the leader of the legislature party, paving way for his swearing-in as the new chief minister of the state.

The outgoing cabinet of Patel had 25 ministers. A similar number of ministers is expected to take oath on Monday.

It remains to be seen if the BJP accommodates first-timers Hardik Patel, Rivaba Jadeja, Darshana Shah and Payal Kulkarni as ministers.

Outgoing MoS Home Harsh Sanghvi, among the 11 BJP leaders who won by over one lakh margin, is expected to return as minister. Bhupendra Patel has won from Ghatlodia for the second time. He improved his victory margin from 1.17 lakh votes in 2017 to 1.92 lakh in 2022, the highest in the state. In 2017 too, Patel had picketed 72 per cent of the vote share.