Behind bars for 8 months, Honeypreet applies for bail 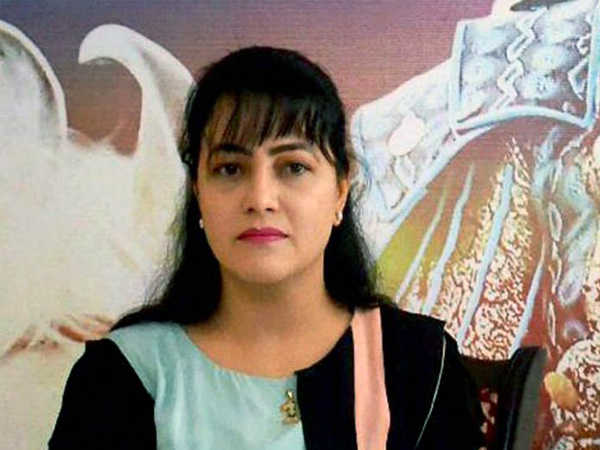 Panchkula, June 6: Jailed Dera Sacha Sauda chief Gurmeet Ram Rahim’s adopted daughter Honeypreet Insan has moved an application for regular bail in the Panchkula court. She sought the bail on the grounds that no evidence was found against her by the Haryana Police.

The Haryana SIT formed to investigate the Panchkula violence had slapped sedition charges against Honeypreet.
Honeypreet, whose real name is Priyanka Taneja, pleaded before the court that a woman, she was behind the bars for 245 days without any fault or committing crime.

Honeypreet’s counsel Dhruv Gupta argued that 15 people booked under various sections an FIR related with Panchkula violence, have been granted bail by different courts, including district courts and high court.
Gupta added that there were some accused, who were facing serious charges in comparison of Honeypreet, have also been granted relief of bail.

The counsel also submitted that Honeypreet did not participate in violence and she was inside court complex with dera chief.

The court has now fixed July 9 for arguments on framing of charges against Honeypreet and others in connection with Panchkula violence and reserved its order on Honeypreet’s bail application.

The special investigation team (SIT) of the Haryana Police had slapped the sedition charge against 22 accused, including Honeypreet, in connection with the Panchkula violence on August 25 last year.

According to the police chargesheet, the conspiracy to spread violence in Panchkula was hatched at the dera headquarters by Honeypreet and the 45-member dera management committee.

Honeypreet, adopted daughter of rape convict Dera Sacha Sauda head Gurmeet Ram Rahim, was charged with criminal conspiracy and sedition, and is prime accused in the Panchkula violence that broke out after the conviction of the dera chief.

She had travelled with the dera chief in a helicopter when he was airlifted from Panchkula to Rohtak’s Sunaria jail after his conviction in rape case. Later, Honeypreet went into hiding for 38 days before her arrest on October 4 last year from the Zirakpur-Patiala highway. As many as 36 people were killed and more than 200 injured in the Panchkula violence.