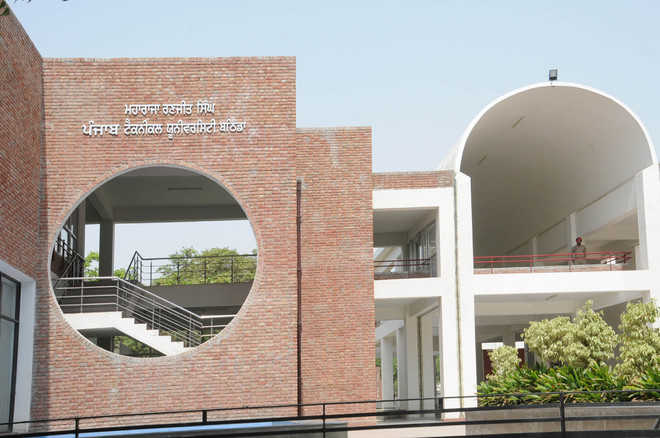 Bathinda, June 12: With various state colleges withdrawing affiliation from Maharaja Ranjit Singh Punjab Technical University (MRSPTU), Bathinda, the university has now embarked on a countrywide brand-building campaign, opening its counselling and admission centres in different states, including the ones in the Northeast, besides Nepal.

The university’s endeavour aims at drawing as many students as possible from other parts of the country. The MRSPTU has been struggling ever since its inception in 2015, particularly in the aftermath of the Congress’ return to power in the state. After taking over the reigns, the Congress government had asked technical colleges to choose between MRSPTU, Bathinda, and IK Gujral Punjab Technical University (IKGPTU), Kapurthala, following which most of the institutes opted for the latter.

The MRSPTU is now left with lone government college affiliated to it in the form of Giani Zail Singh Campus College of Engineering and Technology (GZSCCET). However, led by Vice-Chancellor Mohan Paul Singh Ishar, the university has renewed its efforts to attract maximum students by setting up counselling and admission centres in states like Arunachal Pradesh, Meghalaya, Manipur, Mizoram, Nagaland, Sikkim, Tripura, Bihar, Jharkhand, Jammu and Kashmir, besides Nepal.

Besides, a high-level varsity delegation is on a 10-day Canada tour to Thompson Rivers University (TRU) for credit-transfer study, opening doors wide open for the brilliant students aspiring to undertake study abroad.

It was only a couple of months ago when two more government colleges had got approval for leaving the affiliation of MRSPTU, Bathinda, and get affiliated to the IKGPTU. These were — Malout Institute of Management and Information Technology and Baba Hira Singh Bhattal Institute of Engineering and Technology (BHSBIET), Lehragaga.