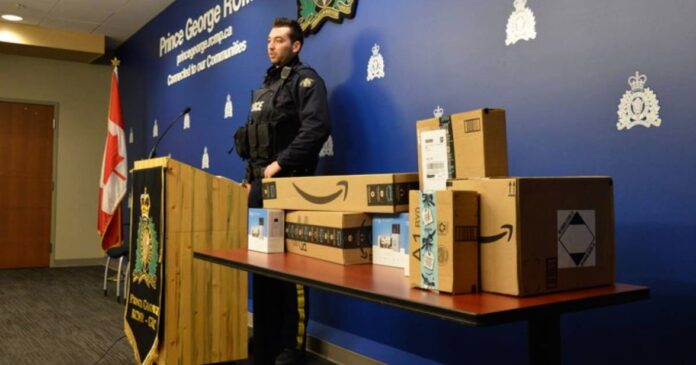 Vancouver, December 13: Bait packages are being strategically placed on doorsteps across  New Westminster, B.C., in an effort to catch and deter so-called porch pirates.

The boxes and envelopes come in many different sizes and weights and are designed to look genuine, so crooks can’t tell them apart from the real thing.

“The holiday season is actually one of my favorite times of the year, and it’s actually truly devastating to think about someone ordering things online, having that wonderful feeling of gift-giving and spreading love and joy, and having somebody ruin that,” said Thom.

Other cities in North America that have deployed similar stings use GPS technology to pinpoint where mail crooks have fled with “great success.”