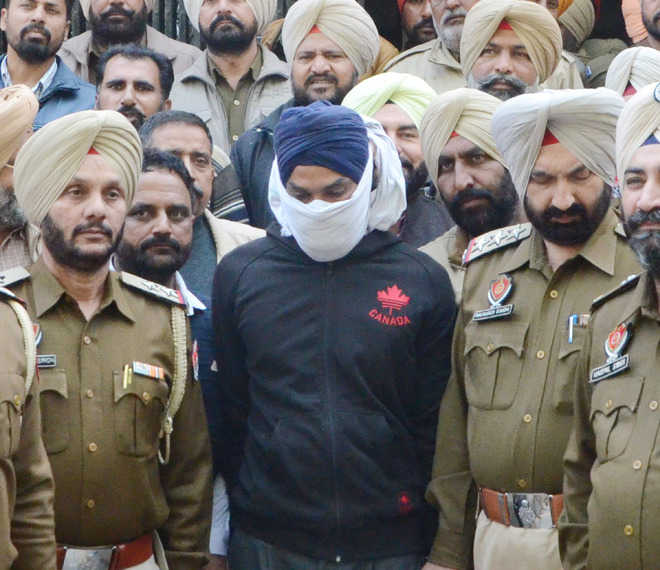 Amritsar, November 23: It was Avtar Singh who masterminded the grenade attack at Nirankari Bhavan, revealed Bikramjit Singh, who was arrested on Wednesday in connection with the blast.

Talking to the media after being produced in the court, he claimed that the entire plan, right from arranging a hand grenade to throwing it at the followers during a religious congregation at Nirankari Bhavan, was hatched by Avtar Singh.

Bikramjit said he regretted the ghastly act. “I did not want this. I was lured by Avtar into this act,” he alleged.

On his family’s claim that he was being implicated since “he (Bikramjit) was working in the fields at the time of the blast”, he said he had left the house for fields, but later went to Chak Mishri Khan village to meet Avtar and execute the bombing.

“On Sunday, I went to Chak Mishri Khan Village on a bike. We removed the number plate of the motorcycle and then proceeded towards Adliwal. We covered our faces on the way,” he said.

He said he was known to Avtar for the past two years. He said the planning started around three months ago. “On November 4, Avtar brought a hand grenade and a pistol from Majitha and on November 13, we conducted a survey of the spot. We looked for a route to escape that did not have any CCTV camera,” he claimed.

Bikramjit was produced in a court at Ajnala, which sent him to five-day police remand. The police had sought his 14-day custody for interrogating him about the whereabouts of Avtar Singh and other accomplices of the terror module, besides the recovery of weapons, if any.