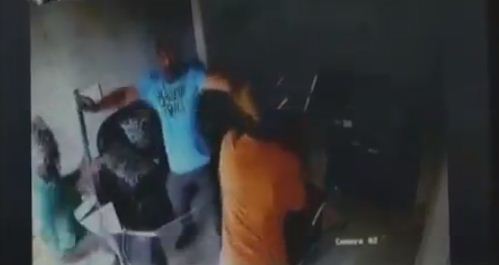 Chandigarh, May 10: A Congress worker was attacked by a few men over an alleged old rivalry case in Ludhiana.

A video, dated May 8, showed the men beat him in his own house with sticks. He was also hit by a chair several times.

#CAUGHTONCAM Assailants beat up a Congress worker allegedly in an old rivalry matter, in Ludhiana #Punjab (May 8th) pic.twitter.com/NA2UokEUWt

The three-minute video showed an elderly man and a woman tried to intervene and pacify the assailants, but to no avail.Reports suggested that it was a political rivalry.