New Delhi, December 26: “Sadaiv Atal”, a memorial of former Prime Minister Atal Bihari Vajpayee, was dedicated to the nation on his 94th birth anniversary on Tuesday. 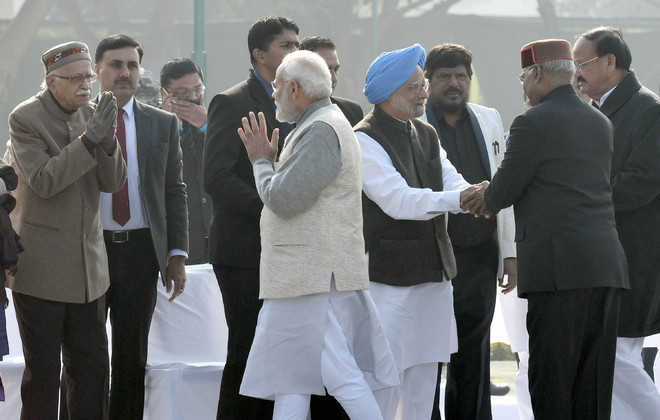 The President said he was a true Indian statesman. He will always live in the hearts and minds of the people of the country. In a tweet, the Vice President said, “The nation is ever grateful for the invaluable contributions made by him. Vajpayee Ji was an astute parliamentarian, an administrator par excellence, a visionary statesman, an erudite scholar, a gifted orator, a most beloved leader and above all a great human being who believed in the core Indian values of harmony and synthesis.”

PM Modi tweeted: “Tributes to Atal Ji on his Jayanti. We reiterate our commitment towards creating the India he dreamt of.”

Spread over 1.5 acres, the memorial was constructed by the Central Public Works Department at a cost of Rs10.51 crore. It was funded by the Atal Smriti Nyas Society. The memorial’s central platform comprises nine blocks. The memorial is enclosed by walls having inscriptions of poetries penned by Vajpayee.