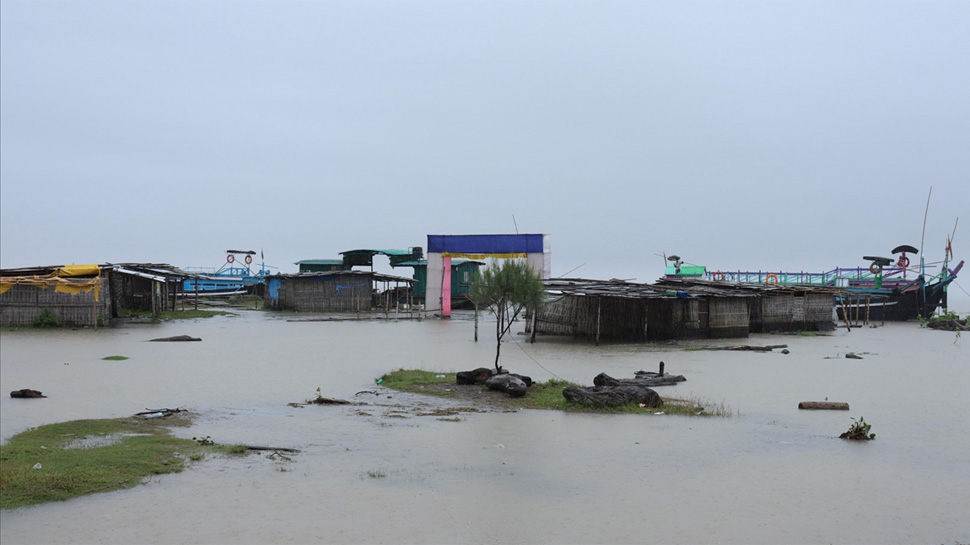 The water level of the Brahmaputra river flowing through Guwahati has crossed the warning mark. “Water has crossed warning level, it is still not at the danger level. In one to two days, it can cross danger level here too,” said V Gandhiya, Section Officer, Inland Waterways Authority. The river had already crossed the danger mark at Nimati Ghat in Jorhat. The water level of other rivers like Dikhow, Dhansiri, Jia Bharali, Puthimari and Beki are also above the danger mark.

Following a landslide in Dipar Bil area near Guwahati, two houses were destroyed and one person was injured Thursday. “This incident took place around 8 am in the morning. Due to rain, a mountain fell. Me and my family, along with two houses and many vehicles came under the debris,” said

A total of 13,267.74 hectares of crop area was devastated due to the floods as of 5 pm on July 10, according to an Assam State Disaster Management Authority (ASDMA) report, said news agency ANI.

With rains continuing to inundate the state, the situation is likely to worsen, said the meteorological department.

Assam Chief Minister Sarbananda Sonowal asked the District Commissioners to activate 24×7 control rooms for immediate response to the flood situation in their districts and update the stock of medicines in the hospitals and ensure availability of doctors.

The incessant rain and flood situation led to a rise in cases of Acute Encephalitis Syndrome (AES) and Japanese Encephalitis in the states. At least 14 children have died and over 189 cases have been reported so far.

The flood waters from the Brahmaputra have also entered some parts of the Kaziranga National Park, forcing the animals to migrate in search of higher ground.