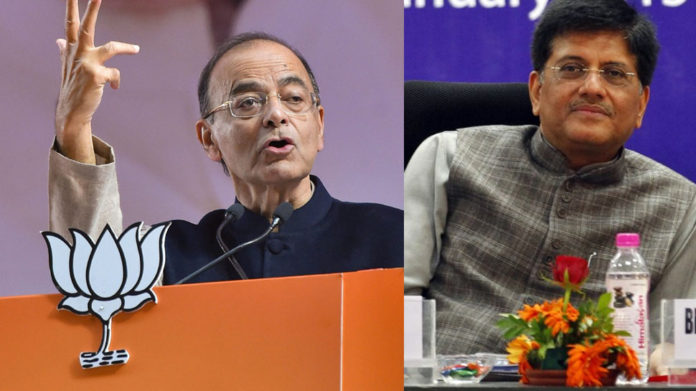 New Delhi, January 23: Union Minister for Finance Arun Jaitley is likely to miss the interim budget due to a surgery and Minister for Railways Piyush Goyal has got his second stint as Finance Minister. 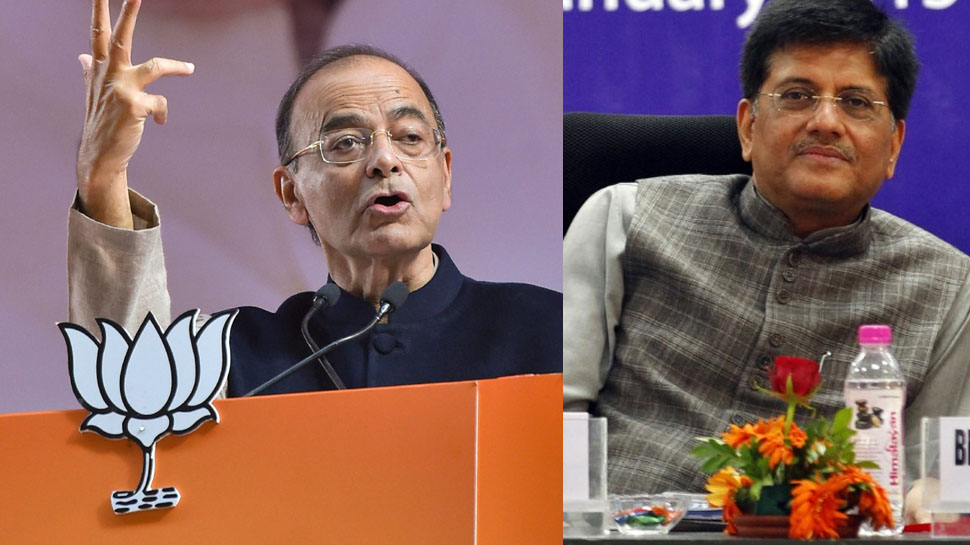 Union Minister Arun Jaitley underwent a surgery at a hospital in New York on Tuesday, news agency PTI reported on Wednesday citing sources. He has been advised at least two weeks rest by the doctors, they added.

Jaitley, 66, had travelled to the US on January 13. He underwent tests for major illness this week.

On Wednesday, Railways and Coal Minister Piyush Goyal was given the additional charge of Finance Ministry, in view of the indisposition of Arun Jaitley, nine days ahead of the interim Budget. The BJP-led NDA government will be presenting its last Budget on February 1.

An official release from the Rashtrapati Bhavan said that Jaitley will remain a minister without portfolio during the period of his indisposition or till such time he is able to resume his work as the Minister of Finance and the Minister of Corporate Affairs.
This will be the second stint of Goyal in both the ministries as he had headed the crucial portfolios for 100 days when Jaitley had undergone kidney transplant in May, 2018. Jaitley had resumed charge of the ministries of finance and corporate affairs, returning to work on August 23, 2018.

Speaking a fortnight ahead of the Budget, Jaitley underlined that there have been precedents of interim budgets containing major policy announcements to tackle an urgent situation.