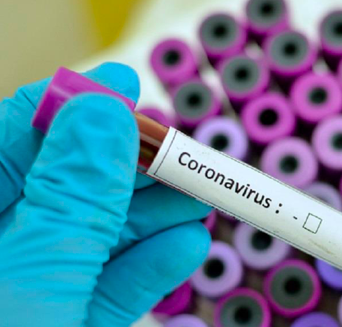 A colonel-rank doctor tested positive for coronavirus at Kolkata’s Army Command Hospital on Sunday (March 29). The 52-year-old Army officer had returned from Delhi recently. Sources said that the Army officer has been put under quarantine.

A Junior Commissioned Officer (JCO) in the Indian Army posted to a base in Dehradun also tested positive for coronavirus on Sunday.

It is learnt that steps have been launched to trace all those who have come in contact with the two persons and some of them have already been placed in quarantined.

Sources said that the doctor and the JCO have visited an Army facility in Delhi few days ago.

It may be recalled that an Army jawan had tested positive for coronavirus few weeks ago. The soldier was on leave at his home in Leh when he got infected from the deadly virus. The soldier has now recovered and has been discharged from hospital.

On Friday (March 27), Army Chief Gen Manoj Mukund Naravane launched ‘Operation Namaste’ with an aim to protect the 1.3 million strong Army from coornavirus outbreak and help the government in curbing the spread of the deadly virus.

“I would request everyone to take care of themselves and their families. Your safety is my first responsibility. I want to assure all the soldiers posted on the border that we will take special care of your families. We will achieve success in the ‘Operation Namaste’,” the Army chief had said.

On Sunday (March 29), the Union Health Ministry said that the total number of coornavirus cases in India has climbed to 1024, including 48 foreigners, and the death toll at 27. The Joint secretary of Health Luv Agarwal confirmed that in the past 24 hours as many as 106 coronavirus cases have been reported with six deaths.

Maharashtra and Kerala continue to remain the worst affected states with 203 and 202 cases of infections, respectively. Also, the most number of deaths has been reported from Maharashtra.