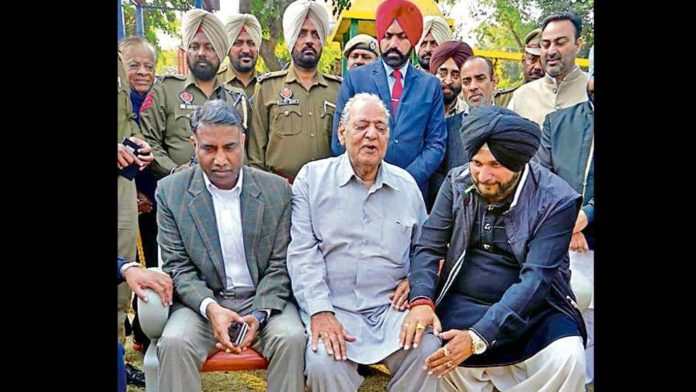 Amritsar, Jan 23: With the city witnessing at least one snatching a day this week, including from the posh Green Avenue locality where Union finance minister Arun Jaitley has a house, locals gave a piece of their mind to local bodies minister Navjot Singh Sidhu on Sunday. 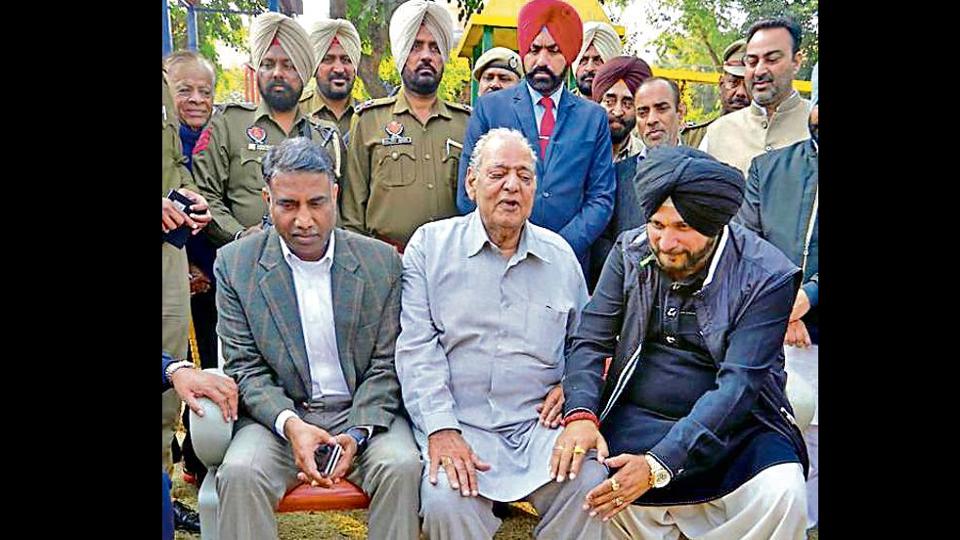 Sidhu was in the city to visit the family of a snatching victim in Green Avenue on June 16 (Wednesday). In this incident on Tuesday, the CCTV footage of which has gone viral on social media, two miscreants dragged an area resident, Garima Mehra, and her child for some distance before fleeing with her purse. Garima sustained severe injuries. Her child is unhurt. Amritsar police commissioner SS Srivastava accompanied the minister.

As the minister was inspecting the crime spot and interacting with the grandfather of the victim, Naval Kishore, an area resident, Anita, interrupted Sidhu to speak her mind. “This locality is not the only one where snatchings occur. Such loot now happens everywhere. There is no use of meeting people like this, until the government takes effective action to check such incidents,” she said.

As the commissioner and the police gathered their wits, another resident said, “The police have failed to rein in snatchers. The cops say that they are helpless. The miscreants they arrest get bail after a few days and again take to crime. City residents are traumatised.”

Finally, Sidhu responded by terming their grievances as genuine and true. “We have come to meet you as we are committed to solve your problems. Only nice-hearted men feel the need to approach the public.” Turning to the media , he said, “I take responsibility of ensuring that such crime does not happen. I have taken up the issue with chief minister Captain Amarinder Singh and on his behalf I am among you to ensure justice.”

The commissioner, however, claimed that the crime rate had dipped. “We are readying a result-oriented strategy to nab anti-social elements,” he added.