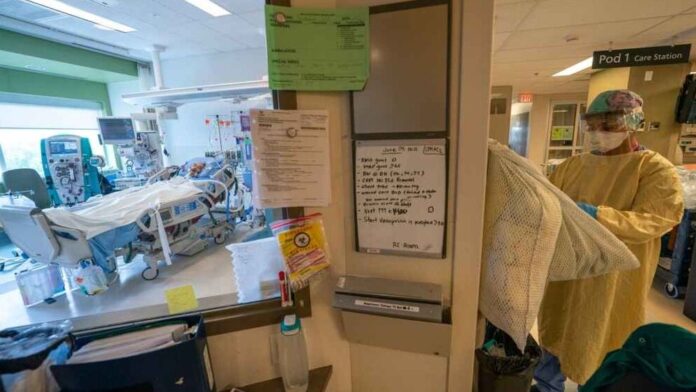 Vancouver, November 8: Securing a boost in federal funding for health care is expected to be a top priority as all 13 provincial and territorial health ministers sit down with their federal counterparts in Vancouver today.

It comes months after Canada’s premiers presented a united front of frustration over what they called a “crumbling” healthcare system.

The first of two days of meetings kicks off Monday afternoon in Vancouver and is being chaired by B.C. Health Minister Adrian Dix.

It’s the first time all of the health ministers from different levels of government have met in person since 2018.

“What we need coming out of this meeting this week is to have action, direction from the province’s, territories and the federal government that they’re willing to work together on a common cause,” said Dr. Alika Lafontaine, president of the Canadian Medical Association.

Lafontaine says there are many proven solutions to the issues Canada is facing.

They asked Ottawa to boost the Canada Health Transfer, the money each jurisdiction gets for health care, to 35 per cent up from what they said amounts to 22 per cent.

Prime Minister Justin Trudeau responded by saying the federal government wants to make sure the billions of dollars transferred to the provinces deliver “real, tangible results for Canadians” with shorter wait times and better services.

Minister Dix has said the extra cash is needed as B.C. tackles nursing and doctor shortages, works to improve access to digital healthcare, and boosts mental health and substance-use services related to the toxic drug crisis.

“If the federal government doesn’t want to be involved, or wants to continue to reduce its role then that’s going to be trouble for every health system in the province, every patient, every nurse, every doctor. They just need to step up,” said Adrian Dix.