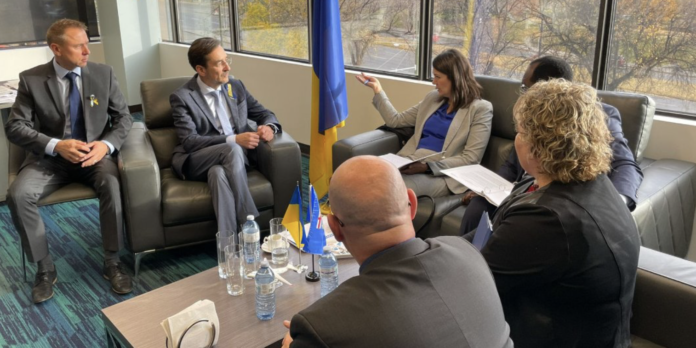 Calgary, November 14: The Alberta government is spending millions to support students who fled the war in Ukraine.

There are more than 2,200 Ukrainian evacuees who are now students in Alberta schools, according to the Alberta government.

In order to help provide language, social and educational support to those students, the province is directing $12.3 million to school authorities.

Additional funding in March 2023, for students who arrive midway through the school year, was also announced Monday.

Ukrainian students are enrolled at 612 different schools in Alberta, with 75 per cent of students being in Edmonton and Calgary, according to the provincial government.

Earlier, Premier Danielle Smith responded to being sanctioned by Russia amidst the ongoing war with Ukraine:

I understand both myself and former Premier Ed Stelmach have been sanctioned by @KremlinRussia_E.

My response to Putin: we will be announcing more funding and supports for Ukrainian refugees later today.