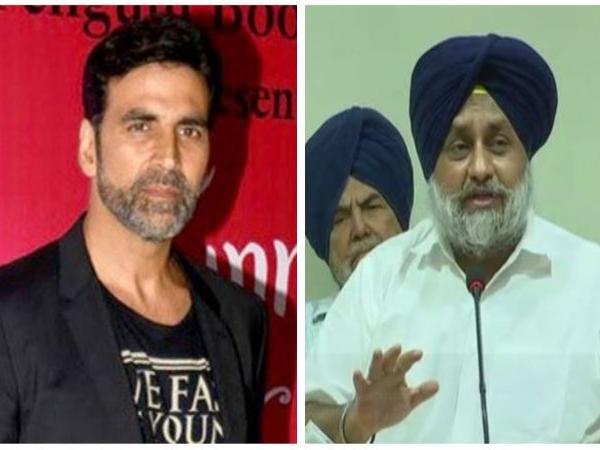 Akshay Kumar is asked to be present before the SIT on November 21 and Badal father-son duo is summoned on November 16 and November 19, respectively, at Amritsar’s Circuit House. The summon order was issued separately for the three by SIT.

The summons were issued under Section 160 of CrPc which Badals and Akshay Kumar to be present for the investigation of the relating to the 2015 sacrilege incidents involving police firing incidents in Kalan and Kotkapura.

The summon orders come two days after former Kotkapura Akali Dal MLA Mantar Singh Brar who told the SIT that he called the then CM Badal to apprise him of the worsening law and order situation in Kotkapur but wasn’t allowed to use force in order to deal with the situation.

The SIT is investigating the police firing on a mob protesting a series of sacrilege in Punjab. Two person were killed and several were injured in the firing

Justice Ranjit Singh (retd.) Commission report into the 2015 incident was tabled in Punjab Assembly in August. The report pointed fingers at then CM Badal