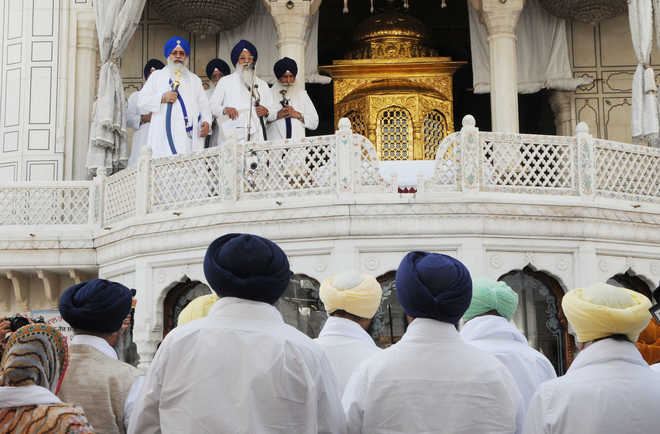 Amritsar, May 5: The Akal Takht has set up a panel to look into the alleged distortion of ‘amrit sanchar’ (initiation ceremony) by the Namdhari sect, even as the five high priests apparently failed to come to a conclusion on the issue.

Akal Takht Jathedar Giani Gurbachan Singh said the sensitive matter needed to be probed further.Reports had been received at the Takht that ‘havan’ and ‘amrit sanchar’ were performed by seven baptised women of the Namdhari sect, allegedly in violation of Sikh tenets.

Giani Gurbachan Singh had recently directed the Shiromani Gurdwara Parbandhak Committee (SGPC) to scrutinise the matter and subsequently invited suggestions from Sikh intellectuals and religious bodies from across the world.

“We have constituted a panel comprising representatives of prominent Sikh organisations. It has been asked to submit a report in a month. We will take a decision accordingly,” he said.