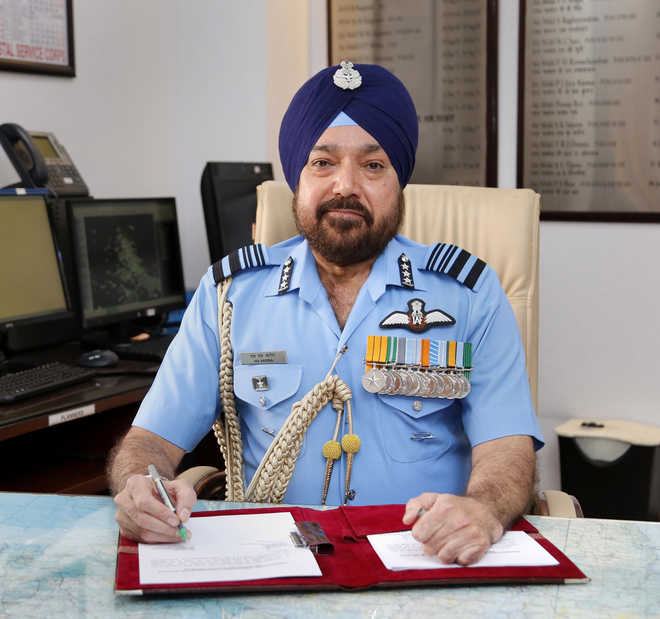 New Delhi, October 1: Air Marshal Harjit Singh Arora, who has a total flying experience of over 2,600 hours, was on Tuesday appointed the new vice chief of the Indian Air Force (IAF).

Prior to being appointed the vice chief, Arora, who was awarded the Ati Vishisht Seva Medal in 2011, was the Air Officer Commanding-in-Chief of the South Western Air Command at Gandhinagar in Gujarat. The position of the chief of South Western Command was in turn taken over by Air Marshal S.K. Ghotia on Tuesday. Ghotia is an alumnus of the National Defence Academy (NDA) and is a batchmate of Arora, both of whom were commissioned as fighter pilots in December 1981.

According to defence officials, Air Marshal Arora has rich and diverse experience of accident-free operational flying which includes several fighter aircraft, including the MiG 21, the MiG 29 and other aircraft including helicopters. A graduate of the Tactics and Air Combat Development Establishment of the Defence Service Staff College and National Defence College, Arora has commanded a MiG 21 squadron in the South Western sector where he was later also appointed as the Commander of Air Defence Direction Centre.

Arora holds a Master of Science in Defence Studies and Master of Philosophy in Defence and Strategic Studies.

Arora has not only commanded a premier MiG 29 Base but has also, as an Air Vice Marshal, been appointed the Air Defence Commander at Headquarters Western Air Command and Eastern Air Command.

Arora was a Directing Staff at Tactics and Air Combat Development Establishment and has been a Flying Inspector in the Directorate of Air Staff Inspection. He also brings in a certain amount of diplomatic experience because he served as India’s Defence Attache in the Embassy of India, Bangkok, Thailand from 2006 to 2009. He has also served as Honorary Air Force ADC to the President of India.