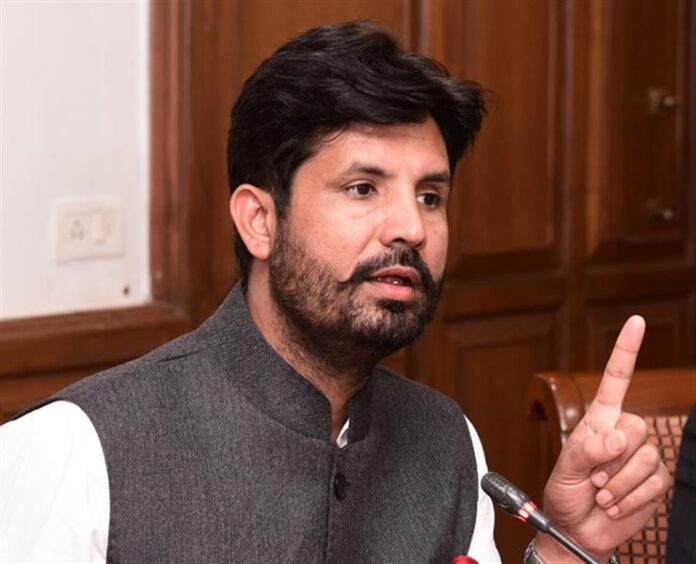 CHANDIGARH, November 16: Punjab Congress today took a dig at the Aam Aadmi Party government over the centre’s queries on the issue of law and order situation in the state, saying it (the AAP government) was providing an excuse to the BJP to meddle in Punjab’s affairs.

“It is not good for any state government to be probed by the centre, particularly on the issue of law and order but it is the AAP government which has provided it (the centre) with an excuse”, PCC president Amarinder Singh Raja Warring said in a statement, while referring to a Union Home Ministry’s letter to the state on the issue, here today.

“Once again the Punjab government has been put on the backfoot by the centre on the issues of law and order, communal killings and gangster culture in the state and rightly so”, he pointed out, while remarking, “it is a telling comment on the performance of the government which has abdicated all its authority and responsibility with its misplaced priorities”.

The PCC president said, although the Centre cannot escape responsibility either, given the fact that it controls most of the security apparatus and agencies, the main onus is on the state government as law and order remains a state subject.

He said, as the AAP government had been busy in other states with Punjab having dropped down to the last and lowest priority in its scheme of things, the centre has got an excuse to pull it up which is not good for the state.

Warring said, this does not portend well for Punjab and nor for the federal system of the country when centre starts taking “extra” interest in the affairs of the state.

“While the BJP led central government’s intentions and designs are too obvious and clear, the AAP government is giving it all the reasons by its incompetence, inefficiency and misplaced priorities”, he observed, while advising the Chief Minister to reset his priorities and focus more on Punjab than any other state.