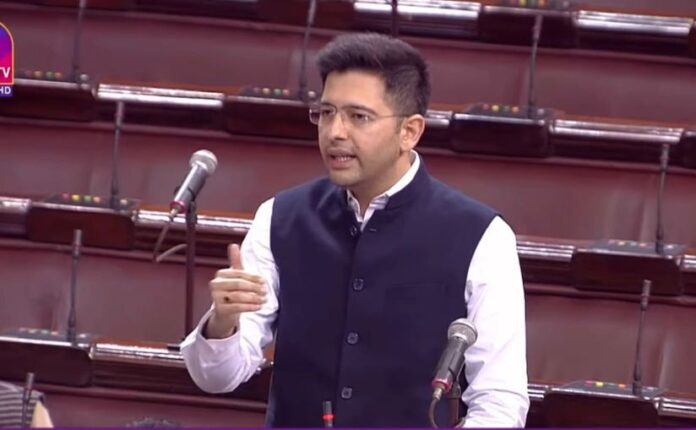 Raghav Chadha said that when the Shri Kartarpur Sahib Corridor opened for historic Gurdwara, which was revered the world over as the final resting place of Guru Nanak Dev, was the fulfilment of a cherished dream for the entire Sikh community.

The second problem is that a fee of $20 on every Indian citizen who uses the Kartarpur Corridor to travel without a visa to the Sikh shine located across the border. Therefore, if 5 members of the family want to go every year, then they will have to spend Rs 8, 000 for the year. This fee collection should be stopped so that the devotees can go to Shri Kartarpur Sahib comfortably.

The third problem linked to the intricate online registration process, which is currently quite complex. It should be simplified so that the devotees do not face trouble and their time is not wasted. Chadha said that once these problems are resolved, all devotees can pay obeisance at Guru’s feet in Pakistan.

In terms of history, the Sri Kartarpur Sahib Corridor is very significant. It is believed that Gurdwara Kartarpur Sahib was built on the historic site where the founder of Sikhism, Guru Nanak, settled and assembled the Sikh community after his missionary travels and lived for 18 years until his death on 22 September 1539. After partition, this gurudwara went to the part of Pakistan, but it is still one of the biggest centers of faith for both the countries.