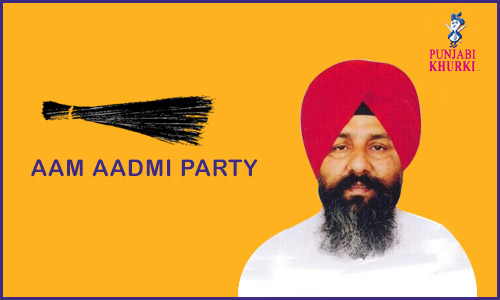 The SSP said a case under Section 307 IPC (attempt to murder) had been registered against two unidentified people. “We are investigating the matter. We have got some clues and are working on them. The CCTV footage procured from various sources is being studied. Five shots were fired, of which two hit the vehicle of Khushalpur,” said the SSP.

Khushalpur was once close to former Cabinet Minister SS Langah and also remained the chairman of Punjab Labourfed. The AAP leader said: “I returned from a party meeting around 10 pm last night and was accompanied by four of my colleagues. As I parked my car outside my residence, three gunshots were fired on the side where I was sitting. Another two hit the bonnet. I saw one of the accused as a cloth covering his face fell off. I can recognise him if he is produced before me.

”AAP leaders from Gurdaspur, Dinanagar and Qadian reached the spot. Dinanagar leader Joginder Singh Chhina said state party convener Gurpreet Singh Waraich and Leader of Opposition HS Phoolka had been apprised of the matter. “They will visit Dera Baba Nanak after finishing their engagements in New Delhi,” he said.