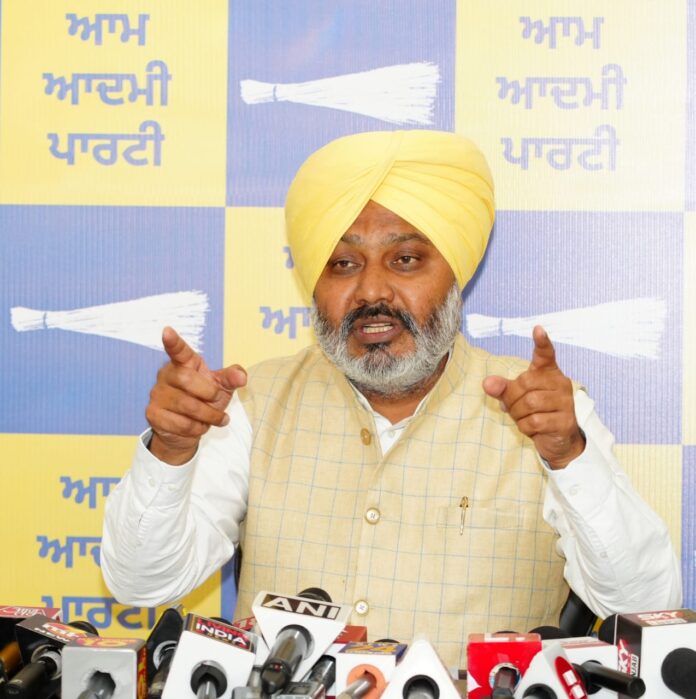 Punjab Finance Minister Harpal Singh Cheema on Saturday said that it is condemnable that the Punjab governor has sought details of legislative business to be conducted during the proposed Assembly session on September 27. He said that the governor office is constantly interfering in the work of Punjab and not allowing an elected AAP government to work freely.

Lamenting interference of governor, Cheema said, “I want to ask the governor, to check the record of his office and tell the people how many governors have asked the ruling government to provide information about the purpose of summoning an assembly session. Till today, no governor did it. Only he is doing so, because he is working at the behest of the BJP.”

Addressing a press conference here, Finance Minister Cheema lashed out at BJP for trying to stop Aam Aadmi Party government in Punjab through the Governor office and said that BJP is afraid of growing popularity of the AAP party in Gujarat and Himachal Pradesh ahead of the assembly elections in the both states.

He that AAP is dedicatedly working for the welfare of people and after Delhi and Punjab now there is a wave for change in other states. The AAP is becoming a major threat to BJP in the forthcoming elections that’s why they are now scared.

Cheema said that in many states like Maharashtra, Goa, Arunachal Pradesh, BJP toppled governments after buying ruling MLAs under its devious “Operation Lotus”. They are intimidating oppostion MLAs with CBI, ED and through money. They are murdering democracy.

But this operation has been stopped by AAP, first in Delhi and now in Punjab. Due to this, BJP is now opted to another tactic and using governor office to stop AAP, Cheema added.