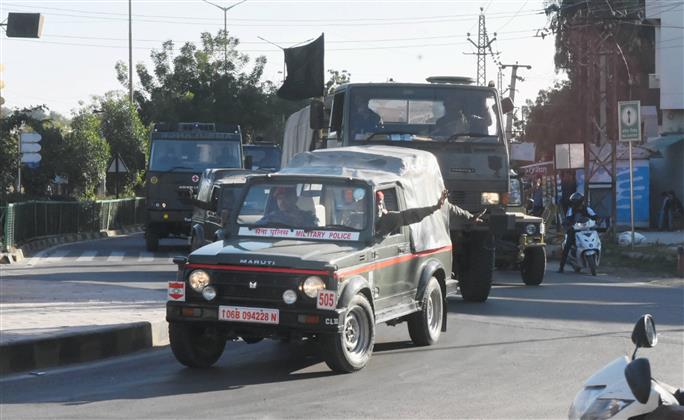 A six-day-long search operation for an Army officer came to an end on Tuesday when his body was finally found by divers from a lake here in the afternoon.

Assistant Commissioner of Police (ACP) Neeraj Sharma said the body of Captain Ankit Gupta was recovered from the Kalyana lake at about 3 pm and was immediately taken to the Military Hospital.

It is not confirmed yet whether his last rites would be performed in Jodhpur or at his native place.

Captain Gupta of the 10 Para (Special Forces) unit of the Army had jumped into the lake from a helicopter with some fellow personnel during an exercise on Thursday afternoon.

While the others resurfaced immediately after jumping into the water, Captain Gupta failed to show up, thereby triggering the search operation.
The six-day-long search operation in the lake was one of the longest such operations, in which a special camera team, the MARCOS unit of the Navy, the NDRF, the SDRF, a Civil Defence team, private local divers as well as divers and experts from the Army and the police tirelessly embarked upon a mission to search the drowned officer day and night.

Sub-Inspector from the Rajiv Gandhi Nagar police station Manoj Kumar said about 250 divers and experts with 15 boats were part of the search operation, but the thick moss and complex rocky formations at the bottom of the lake, apart from the aqua vegetation and sticky sand, constantly thwarted their efforts.

On Monday, a team of 20 experts with special cameras was also roped in to enable viewing through the murky water of the lake.

Besides, huge compressors were pressed into service to stir the water in anticipation that the body would surface due to the waves created by the air infused through the pipes.

An officer, seeking anonymity, said though the hopes of finding Captain Gupta alive were diminishing gradually, still the search operation would begin with a renewed vigour and determination every day.

Captain Gupta hailed from Haryana’s Gurugram and had been married for just over two months. He had reached Jodhpur straight from his wedding vacation to join the exercise.