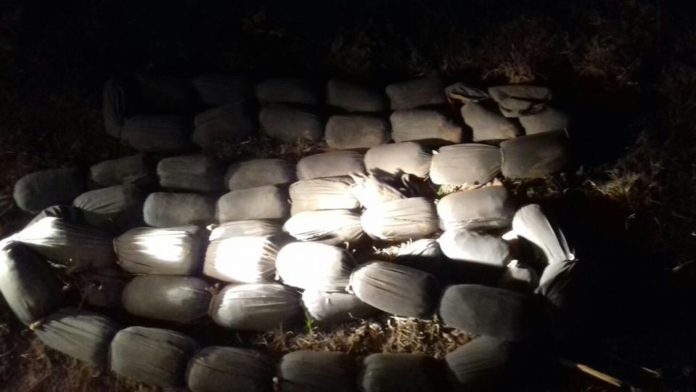 Gurdaspur, Dec 7: In its biggest haul of contraband this year, the Border Security Force (BSF) troops recovered 55kg heroin and two .32 revolvers on the Indo-Pak border near Kalanaur in Gurdaspur district on Wednesday. 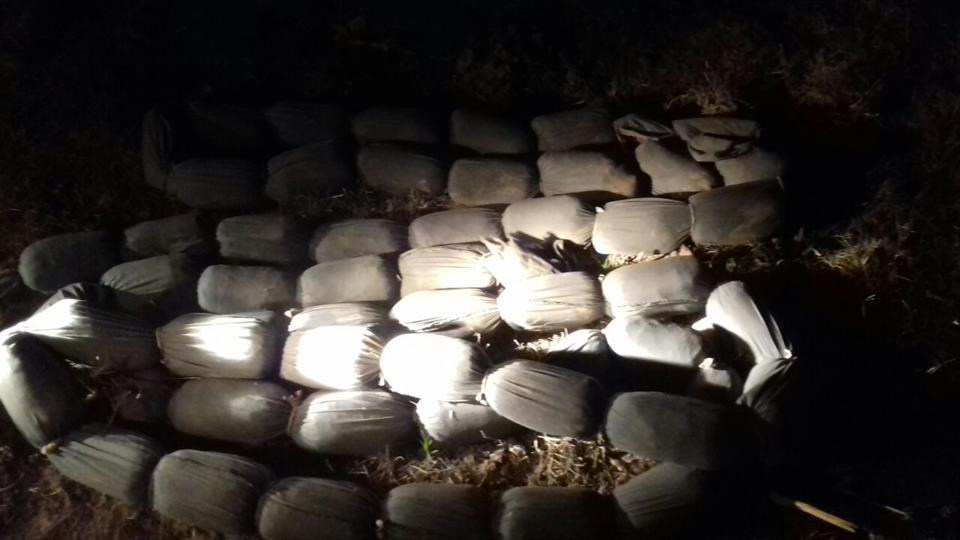 The contraband was found in 55 packets of 1 kg each at Rosse border out-post in the area after BSF personnel thwarted intrusion of three Pakistanti smugglers , deputy superintendent of police (DSP-headquarters) Gurbans Singh Bains told HT.

Bains said the night-domination patrol of the BSF troops noticed movement of three Pakistani smugglers across the fence on the Pakistani side at about 6.30 pm.

“The troops challenged the Pak smugglers who didn’t pay any heed to the warnings and continued with their aggressive posture. To stop their further misadventure, the BSF troops fired at Pak smugglers, but they managed to escape under the cover of darkness,” he said.

Immediately, a special search operation was launched wherein BSF troops recovered the contraband in 55 packets and two .32 revolvers, besides a plastic pipe, he added.

The DSP said, “As there is thick growth of weeds and reeds in the area, it was not possible for the BSF jawans to conduct a thorough search of the area at night to see if there was any casualty among Pakistani smugglers who ran back after the BSF challenged them.”

He added that the BSF would now carry out search in the area on Thursday morning.

On November 18, the BSF and the counter-intelligence wing of the state police arrested three smugglers with 22kg of heroin, a pistol and a Pakistani SIM.

During the current year so far, the BSF has seized 257 kg heroin on the India-Pakistan border.