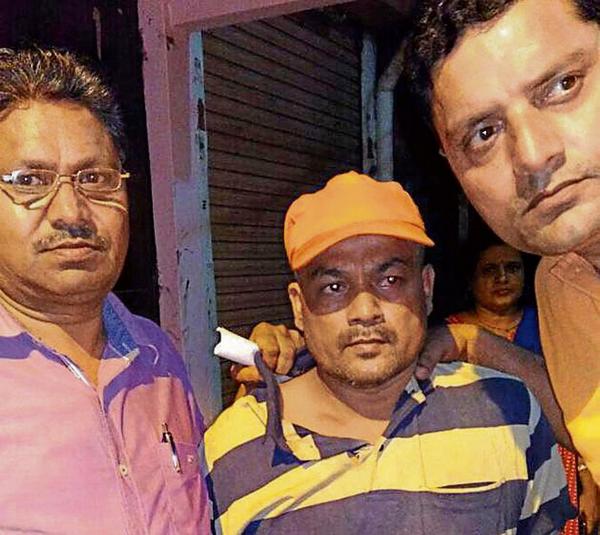 New Delhi, Sep 11: Saturday was the first time in five months that the five-year-old refused to have lunch with her father after returning from school. The usually bubbly child refused to utter a word, despite much cajoling by her parents, leading them to believe she had fever.

It turned out she was looking for a chance to quietly slip into the bathroom.

As it turned out, their girl had been raped, allegedly by a peon of her school in Gandhi Nagar, and was looking for a chance to wash the blood stains off her clothes.

“I saw my daughter frantically washing her clothes. This was a highly unusual behaviour, so I entered the bathroom to check. I saw blood stains on her clothes and blood-laced water on the bathroom floor. I checked further to realise that she had been raped,” recounted the girl’s mother.

According to the child, she had mentioned the abuse to one of her female teachers immediately after managing to run out of a room where she had been raped by the 40-year-old suspect Vikas Jaiswal.

She alleged that she mentioned that “Uncle had beaten her with fingers down there”. But, the teacher allegedly laughed off the complaint and said that she would “beat the uncle later.”

“Had the teacher acted, my daughter wouldn’t have been washing her own blood,” the girl’s father said.

The parents further alleged that when the child was taken to Chacha Nehru Bal Chitiksalaya, the same teacher turned up and asked for permission to speak privately with the child. “The teacher then offered her chocolates in a bid to suppress the case,” the girl’s mother alleged.

The teacher, however, denied the allegations and claimed that the girl had not even approached her.

“I visited the hospital on humanitarian grounds after receiving a call from her parents. Why will I want to do something like offering her chocolates to keep her mouth shut?” she asked.

The child lives with her parents and a sibling in east Delhi.

She has alleged that she was taken to the “store room” located in the school, where the accused Vikas locked the room from inside and allegedly raped her. When the school administration told the police that there was no store room in the school, the girl pointed out that it was the same room “where teachers would threaten to send the students if they misbehaved or did not complete their homeworks.”

The girl was admitted to Lok Nayak Hospital on Saturday night before being discharged on Sunday afternoon. Though she is stable, she is under immense trauma of getting her private parts bandaged every three hours.