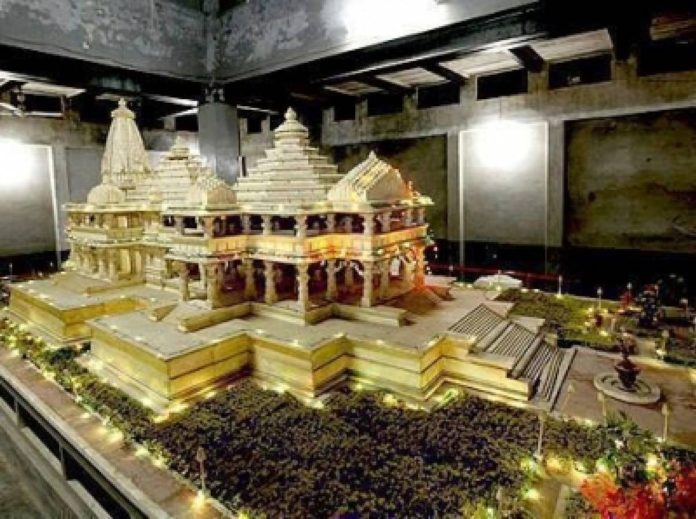 Among religious figures for the “Bhumi Pujan” ceremony in Ayodhya, representatives of all five “Takhts” of Sikh faith will be invited on August 5, regarding the construction of the Ram Temple.

Prime Minister Narendra Modi will take part in the ceremony.

On account of the pandemic and social distancing norms, the “Shri Ram Janmabhoomi Teerath Kshetra Trust” has decided to keep the number of invitees of the ceremony to a minimum.

About 211 people, including 50 saints and seer, will attend the ceremony.

The head priest of Akal Takht, Amritsar, would be urged to represent Takht Anandpur Sahib, and the Takht Damdama Sahib—all three located in Punjab.
The chiefs of Takht Hazur Sahib, Nanded, and Takht, Patna Sahib would be invited to attend the ceremony since the two religious places are located in different states.

A source revealed that two more Sikh spiritual leaders representing the organisation would be also be invited.

The Trust has prepared a list if prospective invitees and forwarded it to Prime Minister Office (PMO) as part of the administration security protocol.

The clearance of the names is expected shortly by the PMO since the date of the ceremony is fast-approaching.

Sikhism—its tenets and the “Guru-tradition”—and the teachings and values of the Sikh gurus are treasured by the Union government and leaders of the Hindu faith as a beacon of India’s civilisation and cultural nationalism.

Hence, the significance of the presence of representations Sikh faith at the Bhumi Pujan ceremony.

The Golden Temple at Amritsar is among the various religious and pilgrimage sites that have been taken to Ramjanmabhoomi site to be put in a consecrated “Kalash” during the ceremony.

The proposed Kalash will metaphorically bear witness to the ceremony, and blessings invoked to the “epic” endeavour of the temple construction.

Meanwhile, the Trust’s general secretary Champat Rao has appealed to Lord Ram’s devotees and those who took part in the temple construction not be “impatient” to take part in the ceremony as the number of invitees will be kept low to ensure physical distancing norms.