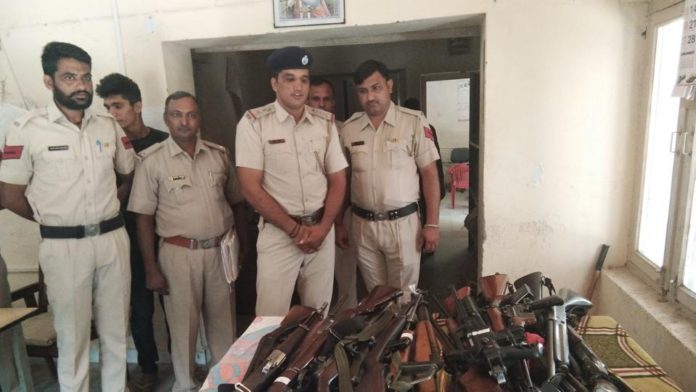 Sirsa, Sep 04: Ten days after 38 followers of Dera Sacha Sauda head Gurmeet Ram Rahim Singh were killed in clashes with security personnel while protesting his conviction in a rape case, the Haryana Police recovered 33 weapons of the 67 licensed weapons from the controversial sect’s headquarters in Sirsa on Monday.

Sadar station house officer (SHO) Dinesh Kumar said, “There are 67 licensed weapons in the name of Dera Sacha Sauda. We got information from the dera administration that it has collected 33 of them and that we should take them from its office. They (the dera followers) modified the .315-bore rifle so that it looks better.”

Asked about the remaining 34 weapons with the dera, he said, “We have asked the dera administration to deposit the rest of the weapons as soon as possible else the police will take action according to the law.”

Sources said dera chairperson Vipassana Insan has urged followers to deposit their weapons with the police.