Chatra (Jharkhand), April 24: Union Home Minister Rajnath Singh on Tuesday said that by the year 2030 India could replace any one of the top three superpowers of the world. 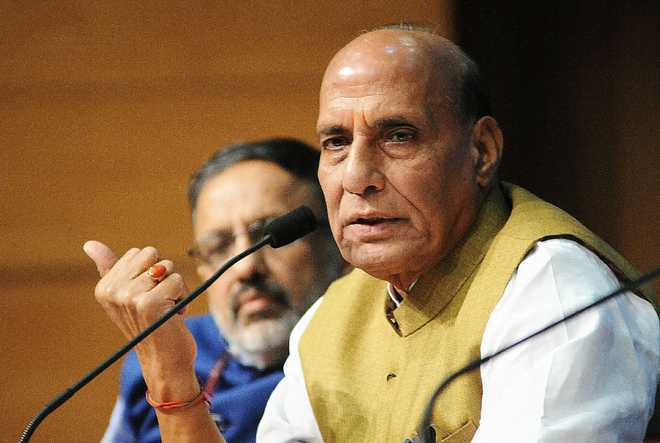 “By 2030 or 2031, Bharat will replace any one of the three superpowers, either Russia, China or America from the list of top three countries of the world in terms of economy and strength,” said Rajnath Singh at an election rally.

He said that Prime Minister Narendra Modi-led government has provided an immense boost to the economy of India.

“In 2014 we were at ninth place among the top 10 countries in terms of the size of the economy. After four years of governance led by Prime Minister Narendra Modi, in 2018 we jumped to the sixth position,” he said.

“And I say it with confidence that not in few years but in few months we will be at the fifth place,” said Rajnath.

The Home Minister also said that the Prime Minister had assured that every paise earmarked for the welfare of the people reaches the common man. “Rajiv Gandhi helplessly said that out of 100 Paise given by him only 16 Paise manages to reach the people but Prime Minister Narendra Modi has overcome this and now when 100 paise is sent, 100 paise reaches your pocket,” said Singh.

Rajnath Singh also gave an assurance of completely wiping out Naxalism. “Naxalism which was spread across 126 districts of the country is now restricted to only seven to eight districts. I assure you it will be entirely uprooted from India in the next three to four years,” he said.

Jharkhand has 14 Lok Sabha constituencies which will go for polls on April 29, May 6, May 12 and May 19. The counting of votes will take place on May 23.