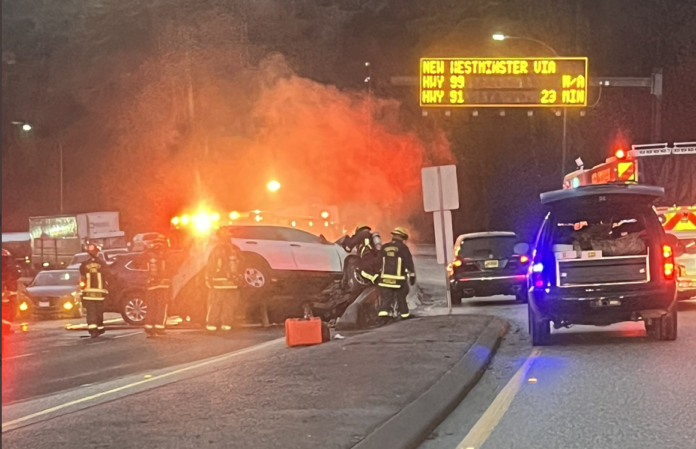 Vancouver, January 19: A two-vehicle collision in Delta closed a portion of Highway 10 for an hour during Thursday morning’s commute and sent two people to hospital with non-life-threatening injuries.

Shortly after 8 a.m., Delta Police Traffic Unit issued a traffic advisory on Twitter in the wake of a crash in the 11900 block of the highway.

Photos of the scene posted on social media suggest the collision triggered a fire.

Collision on hwy 10 is in the clearing stages. 1 lane eastbound is now open, and westbound will open after a final sweep of the road.

Acting Insp. James Sandberg said the highway was briefly closed in both directions “due to the seriousness of the collision, and the way it interfered with traffic,” as well as to allow fire crews and paramedics to reach the two people injured.