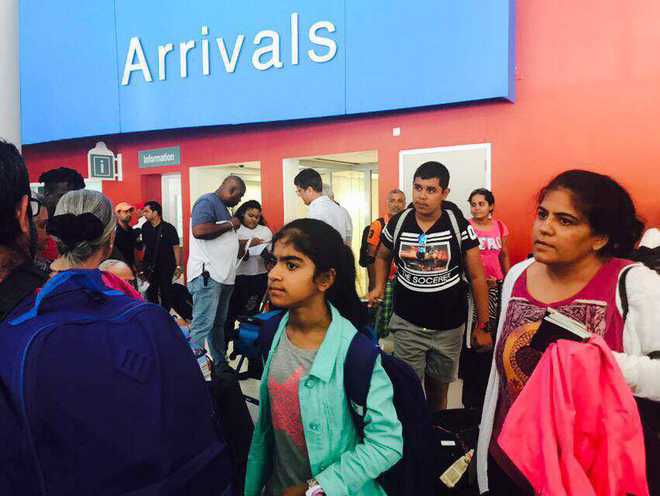 New Delhi, Sep 13: As many as 170 Indians have been evacuated from the hurricane Irma-hit Sint Maarten and brought to the Caribbean island of Curacao by special flights chartered by the Indian government.

External Affairs Minister Sushma Swaraj said Indian Envoy in Venezuela Rahul Srivastava has informed that 60 other people were also evacuated along with Indians from the hurricane-hit place.

Sint Maarten, that is jointly administered by France and the Netherlands, was directly in hurricane Irma’s path. The island suffered widespread destruction after the storm made landfall last week and wreaked havoc on the Caribbean islands.