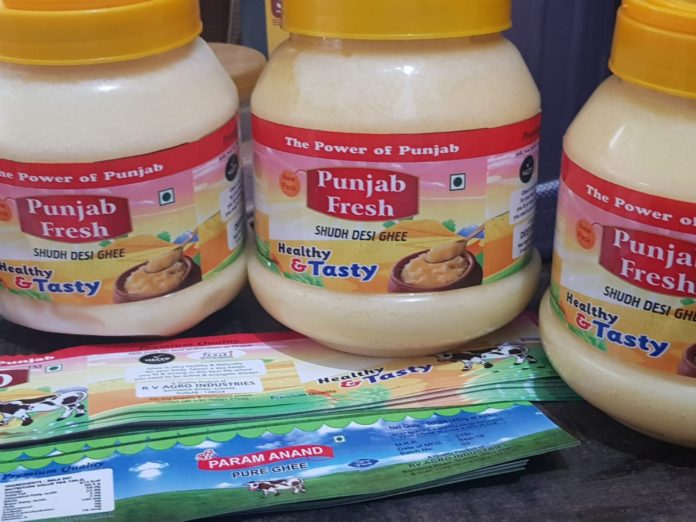 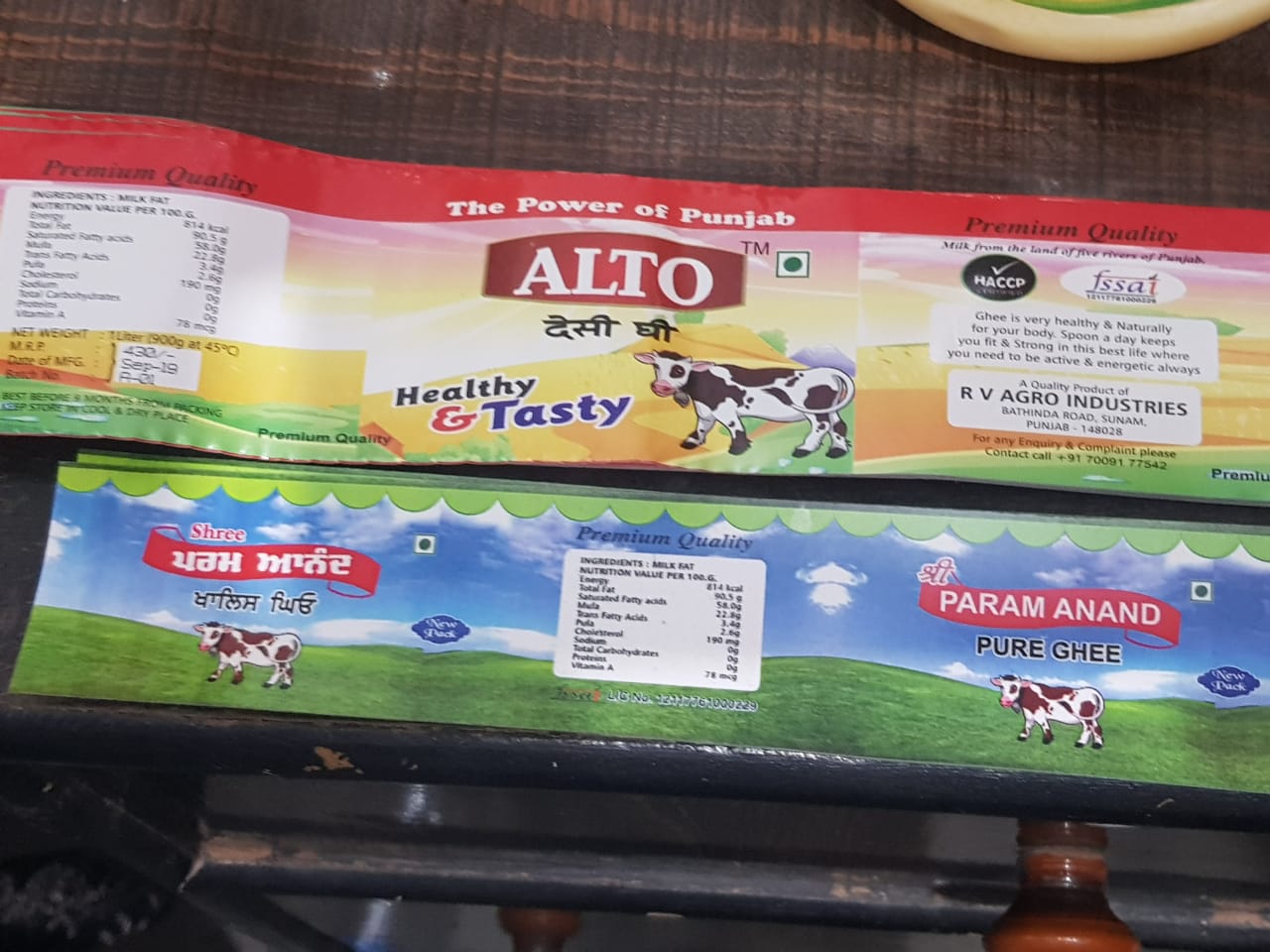 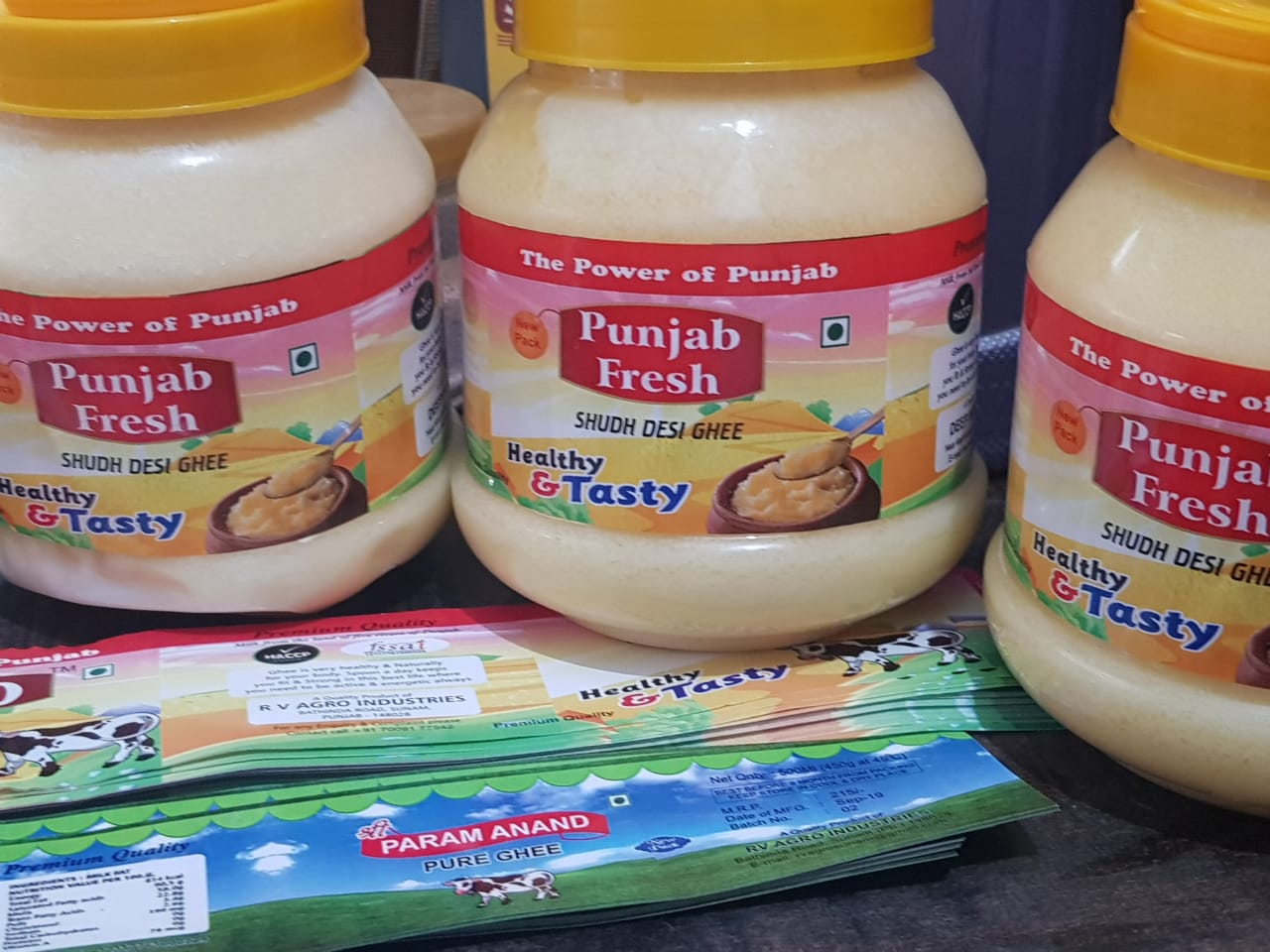 Giving details, Pannu said that the food safety team raided the premises of R V Agro in Sunam late Thursday evening. The officers discovered 270 half kilogram jars of unlabelled desi ghee stacked in 9 boxes at the rate of 30 jars of 500ml in each box.

Similarly, 34 unlabelled jars of 1 litre each were found on the spot. Besides, 13 jars of Punjab Fresh Shudh Desi Ghee of 1 kg each and 2 jars of Shri Permanand Ghee of 500 ml each were discovered. The labels of multiple brands like Alto Ghee and Shri Permanand Desi Ghee were also found in the premises. Entire stock of ghee and labels has been seized, informed Pannu.