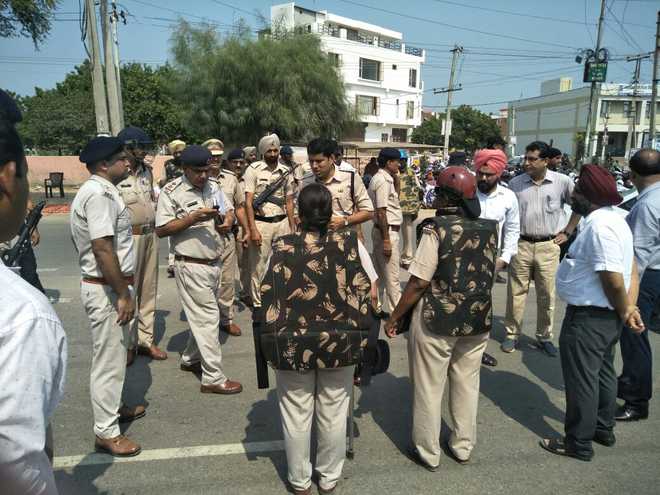 New Delhi/Chandigarh, August 24: More than 15,000 paramilitary personnel have been deployed in Punjab and Haryana ahead of Friday’s Dera verdict by a Panchkula court, a Union Home Ministry official said on Thursday. 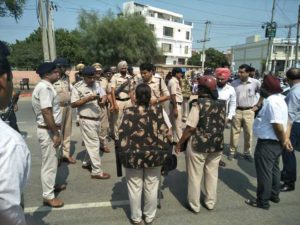 On Haryana government’s requisition, Army has been called out in the state and 20 columns will be deployed.
Meanwhile, mobile Internet and data services across Punjab, Haryana and Chandigarh will be suspended for 72 hours after 5 pm on Thursday.

The BSNL said: “The Internet services are likely to be affected after 5 pm. The BSNL is sending a letter to TERM Cell in Mohali following which the internet services of the BSNL and other private telecom companies will be suspended.”

Around 150 companies of paramilitary forces had been deployed in the two states to assist the police forces in maintaining law and order, he said. One paramilitary company comprises over 100 personnel.
All liquor vends in Panchkula will remain closed from today till August 26. They were closed at 3.30 pm.

Punjab and Haryana police forces were on a high alert to deal with any law-and-order situation, the official said, referring to the court verdict.

The case against the Dera head was registered in 2002 on the directions of the Punjab and Haryana High Court after anonymous letters were circulated about the alleged sexual exploitation of two women followers by the Dera head.

Meanwhile, the Centre has assured all possible help to the two state governments to deal with any situation as a large number of followers of the Dera have started arriving in Panchkula, Chandigarh and nearby areas, another official privy to the development, said.

“We are in constant touch with the governments of Punjab and Haryana. We have given them adequate forces,” the official, who did not want to be identified, said.

He said flag marches had been carried out by security forces in Panchkula, Sirsa, Hisar and some other places while several hospitals were also put on alert.

The police forces are keeping a close watch on social media, particularly WhatsApp groups, Facebook and Twitter, and have asked people not to spread rumours, the official said.

The special court in Panchkula is scheduled to deliver the verdict on Friday.

While the alleged incident occurred in 1999, the FIR was lodged in 2002. The CBI investigated the matter against the sect head. The Dera chief and the sect management have refuted all charges against him.