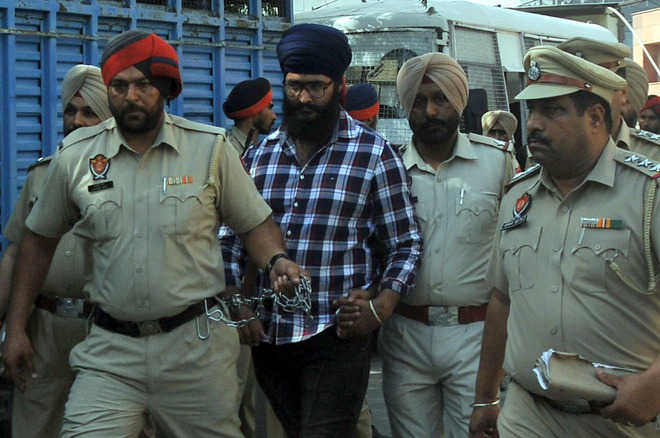 Mohali, May 5: The National Investigation Agency (NIA) on Friday filed chargesheet against 15 accused in the killing of RSS leader Ravinder Gosain, who was shot outside his house in Ludhiana on October 17 last year.

The NIA sought discharge of Taljit Singh alias Jimmy, a Jammu native who had gone to the UK to study, informing the court that the agency did not have sufficient evidence against him at this stage, while four accused Harmeet (suspected to be in Pakistan), Gurjant (Australia), Gursharanbir (UK) and Gurjinder (Italy) have already been declared proclaimed offenders (POs).

NIA senior prosecutor Surender Singh said during investigation, it was found that the killing of Gosain, a ‘shakha’ leader, was part of a transnational conspiracy hatched by the senior leadership of the Khalistan Liberation Force (KLF).

The accused attempted eight incidents of targeted killings against mainly BJP/RSS leaders between January 2016 and October 2017 in Punjab, with the objective of destabilising law and order and revive terrorism in the state.

NIA sources said the four POs were the “mastermind” behind targeted killings, who recruited and trained Hardeep Singh (Shera), a resident of Italy, and Ramandeep Singh (Bagga) of Ludhiana.They said Shera met Shastri in Italy in 2013, who told him to serve the ‘panth’, following which Harmeet Singh PhD stayed in touch with Shera and Bagga on social media and Skype, further radicalising them.

“Both Shera and Bagga received training in Sharjah (Dubai) in 2015, and funds were transferred using Western Union, hawala and legal sources from Italy, Australia and the UK to the duo for weapons and logistics to execute the killings. A sum of Rs 23.14 lakh was recovered from Shera. The weapons were procured from a Meerut-based supplier,” said a source.

According to the NIA, Johal, another UK national, was involved in arranging funding and had allegedly met Shera in France, handing him 3,000 pounds.Another accused, KLF chief Harminder Singh Mintoo died of a cardiac arrest in Patiala Central Jail last month and the court awaited proceedings against him, asking the NIA to produce his death certificate.