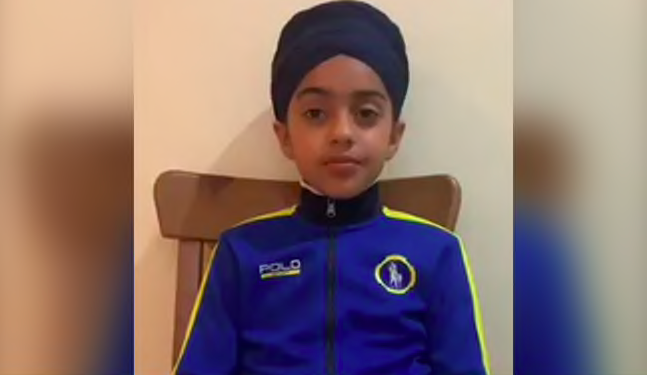 London, August 10: Branded a “terrorist” at a London playground, a 10-year-old British Sikh schoolgirl hit back with a social media message saying greater “exposure and knowledge” should be promoted about the community to “handle racism”.

Munsimar Kaur’s video message, posted by her father on Twitter, has attracted over 47,000 views since it was went live on Thursday.

The video shows the young turbaned girl bravely relating the incident which took place at Plumstead playground in south-east London earlier in the week.

“On Monday and Tuesday at a park, I was greeted not very nicely by four kids and a mother of a young girl,” says Kaur, reading from a notebook in which she has written about her experience.

“On Monday, two boys who looked like 14 to 17 years old and two girls who looked like they were in their late teens – when I asked to play the game they were playing and the queue was a mile long – they said, loud and clear, ”no, you can’t play because you are a terrorist”,” she recounts.