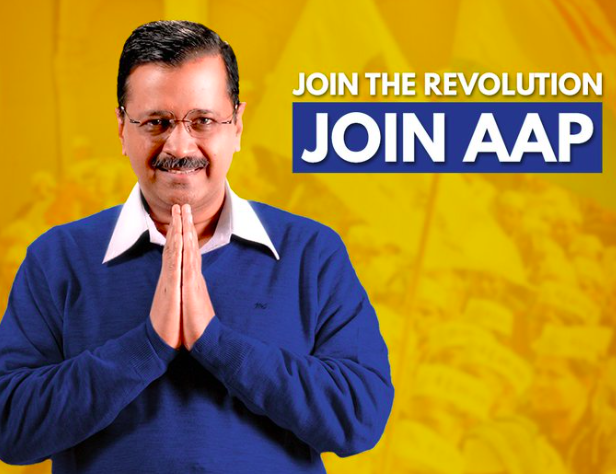 New Delhi, February 13: The Aam Aadmi Party (AAP) on Thursday (February 13) said that more than 10 lakh people have joined the party in 24 hours since the party’s thumping victory in Delhi Assembly election 2020 on Tuesday (February 11).

“More than 1 million people have joined AAP within 24 hours of our massive victory,” AAP tweeted.

It is to be noted that a nation-building campaign dubbed Aam Aadmi Party’s Rashtra Nirman was launched by the party on Tuesday as the results of Delhi Assembly election started pouring in. Through its campaign, the Arvind Kejriwal-led party has been inviting Indians to join the party to develop India.

The AAP registered a stunning victory in Delhi Assembly election winning 62 out of 70 seats at stake. The Bharatiya Janata Party (BJP) came a distant second with only eight seats in its kitty, while the Congress failed to open its account once again.

Kejriwal, 51, succeeded in defeating the BJP and the Congress by riding on his government’s development agenda and with the historic win he has emerged as an important challenger to the BJP at the national level.